Center for Hospice Care’s mission includes providing innovative and compassionate care to improve the quality of life for patients in the community by creating a warm, welcoming environment that can suit individuals’ preferences and receive the services they need. 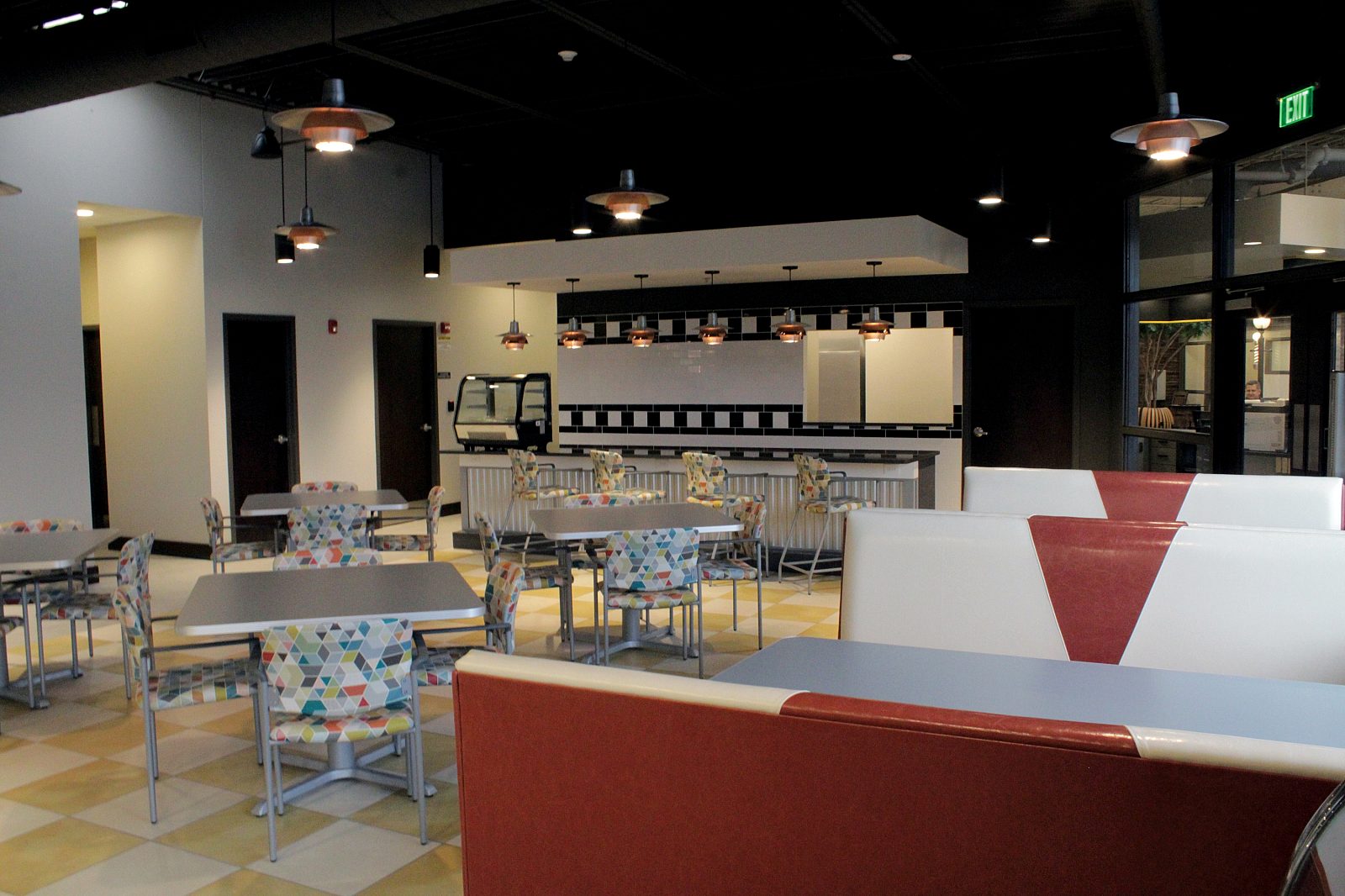 Making a House a Home

The Milton Village was acquired by Hospice in 2016 and is being used to provide Dementia patients and others with neurological illnesses with daytime care so their primary caregivers can work or take care of other patients. Mike Wargo, the Chief Operating Officer of Hospice, knew the vision behind this project was to create individual spaces within this building that could accommodate individuals that had different lifestyles. Throughout this time, Hospice had done many projects with Office Interiors prior to this.

“We’ve worked together on a total of eight Hospice Foundation projects since 2007,” Mike said. “Beginning with the development of our 11-acre Elkhart campus and then together on all our Mishawaka Campus buildings that were constructed during the 2010s.”

For this project, like all of them, it was important to create a gentle and comfortable environment for the patients. This task was nothing new to Office Interiors after working with Hospice on so many past projects.

The idea behind this project started with a concept that was created in the Netherlands. The idea was to create an adult day center that had many different spaces to hang out in. For example, in Milton Village, there was a barbershop, pub, garden, etc. This is a form of reminiscence therapy. Individuals with dementia can get easily confused if they are in an environment that they are not familiar with. This is why there are so many “settings” to choose from when you walk in the door.

This was no small task, and it was something quite different than anything that has been done before. In fact, this was the first adult day center in the United States that has been creating like this. It was important to work together to ensure that each space had a realistic vibe to it.

“During the Milton Village project, OI’s interior designer Kristine Bergman worked very closely with our architect Jeff Helman and me to carefully select every single surface that wound up in that facility,” said Mike.

Through this collaboration, there were many meetings going on over the flooring, wall treatments, furnishing, fabrics, etc. Every decision made for this building had thought and care.

An important part of this project was to collaborate on each decision that was made. In the beginning stages of this project, Kristine and some members of the Hospice team met with a group from the Netherlands to get an idea of what the facilities there are like. For three days, they were trained together and later were able to work as a team to fully grasp the concept they wanted.

Hospice has done many projects with Office Interiors before, but never one in the middle of a pandemic. Because of Covid, it was tough to figure out the planning of this project. However, the project was still in full swing.

“When supply chain issues held up the big-screen television monitors we had ordered, they even went so far as to take televisions off the walls of their showroom to make sure our needs were met until ours were able to be delivered,” Mike said. “As far as I’m concerned, it’s a given that we’ll work with Office Interiors and their sister company, VISTA Technologies, on all our projects.”

Read about an organization that did it right.